500 m from the site, we have a deer park, where a herd of red deer are living and thriving.
The red deer’s are fed some goodies every day in the main season. All our guests are welcome to join us at feeding-time and see these lovely creatures at close quarters.

Red deer are the largest land animals we have in Denmark and thus also the largest deer we have. They live in flocks, where females goes along with their calves and males going for itself. In oestrus period, the largest deer gather females for themselves to mate them and keep the young deer away. During this period, the deer is not eating at all, but using all his energy to take care of his females.

In a fence like this there will only be one great deer,so that the young males do not want to battle with him.
From the end of the mating period (appr. october – november) until may, when the females get their calves all the deers more or less go together. In the period May-Aug., from the females get calves to oestrus period, they will go divided into deer herd and females and calves.

Red deer grow thicker coats of hair in the winter, winter coat is long and brown / gray colored. Deer has a darker mane, which will be larger with age. Summer coat is short, soft and reddish brown.

The deers throw their antlers in early spring, the older the deer, the earlier he throws it. Their antlers begin immediately after to grow again, to reach larger, more powerful than the previous. When antlers grow, it is covered by a layer of skin with fur, called bast.

During the mating season, called the rut, in September – October the dominant deer begins to roar to impress females and scare the other deers away. He will gather females and guard them. If any of the young deers are brave enough, they will try to fight him, but when we keep the age difference large enough therewill be no fight. The younger deer can test their skills with each other, but it will not be real fight. The dominant deer will not eat during this period and will after the rut be very thin. When the mating season is finished, he will be fed extra well so he quickly recovers.

The animals has a fence of 8 hectares (80,000 square meters) with 2 hills and 2 valleys, which at the far end is a marsh area. They use  this to bathe in, both to cool off in the summertime, but also to keep the coat clean of vermin. In addition, the top of the hill with trees under which they can be in the shade.

The animals are feed various grasses, various plants and bark. As supplement they get all the wrap-hay they can eat, and grains of minerals daily. There are also established a drinking trough, with water all year round. 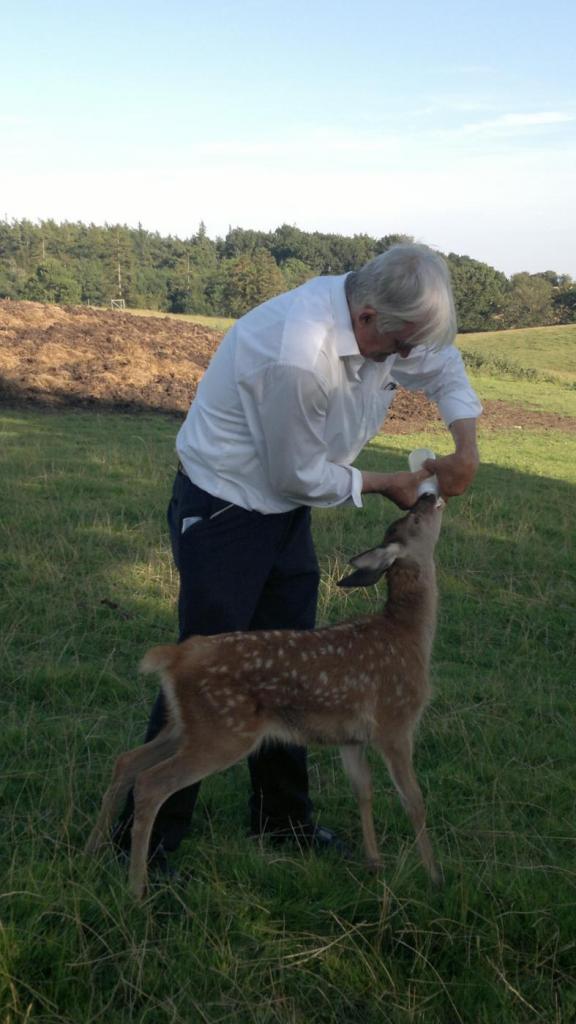 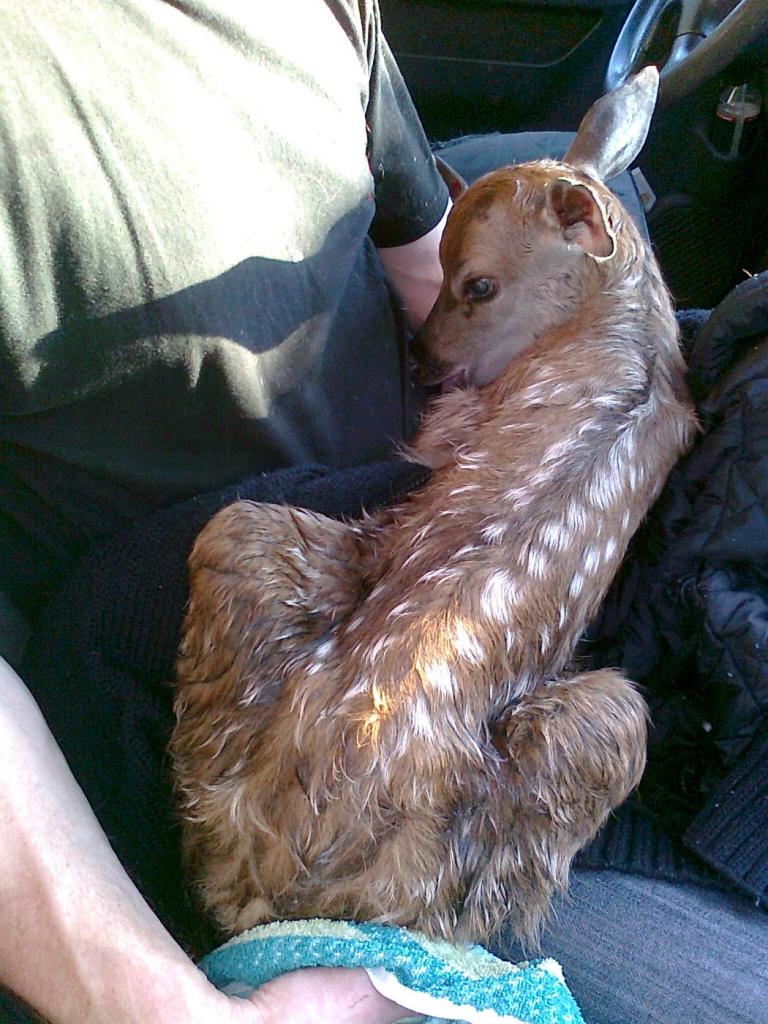 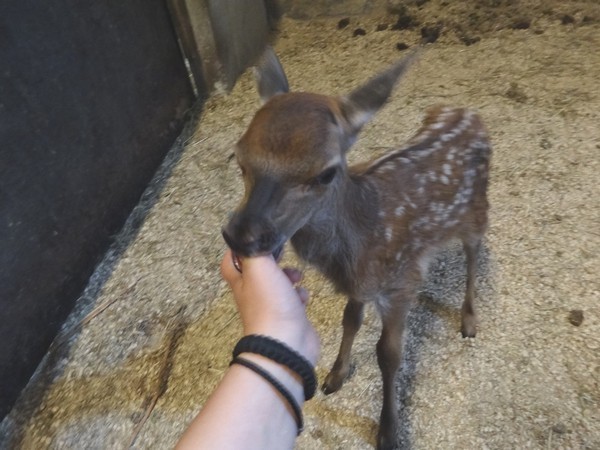 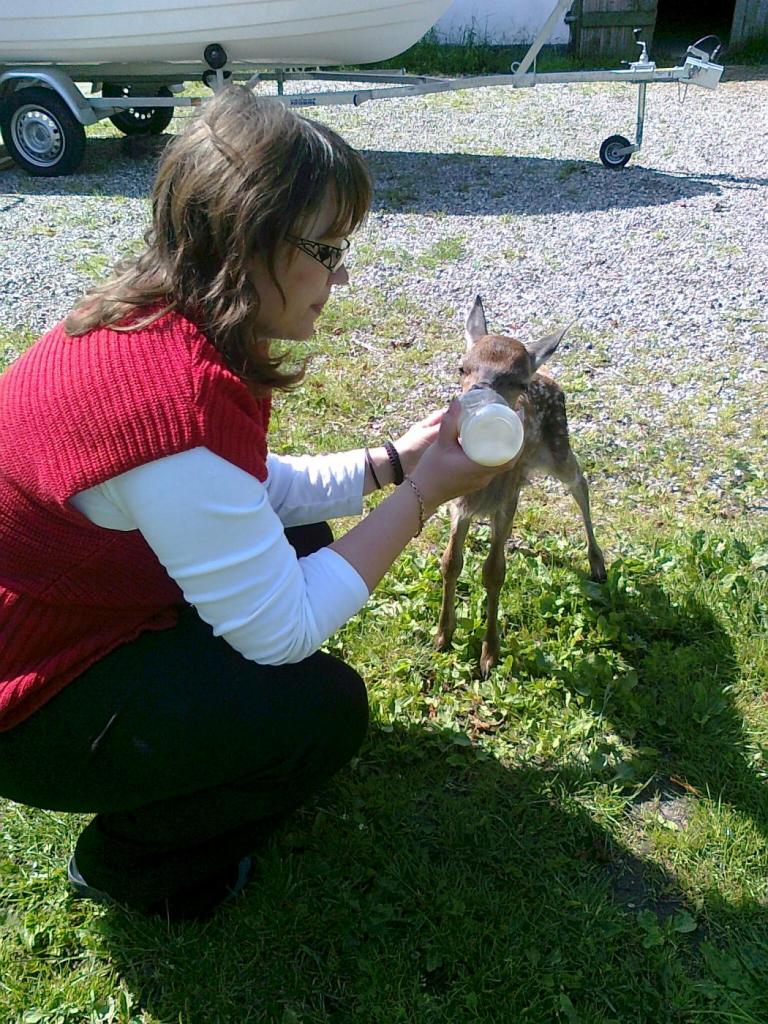 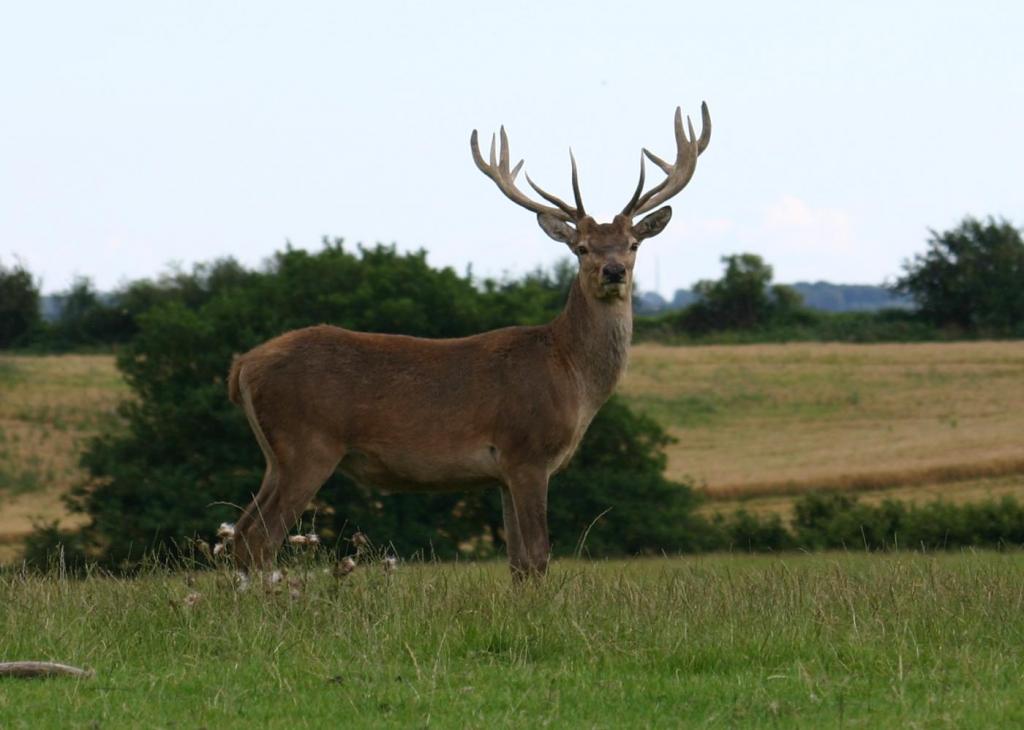 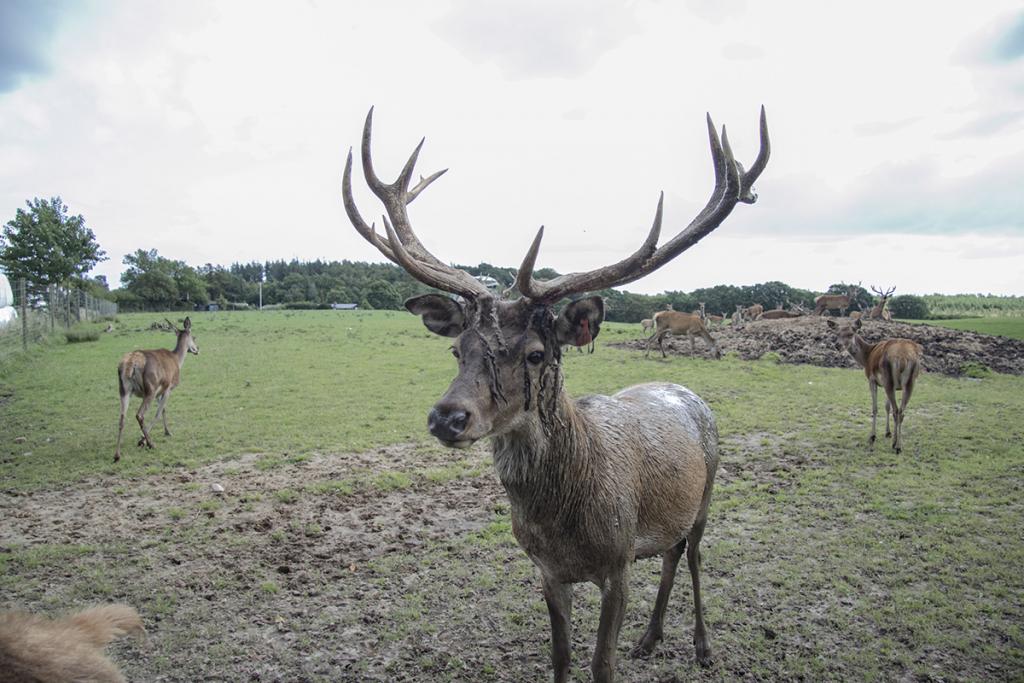 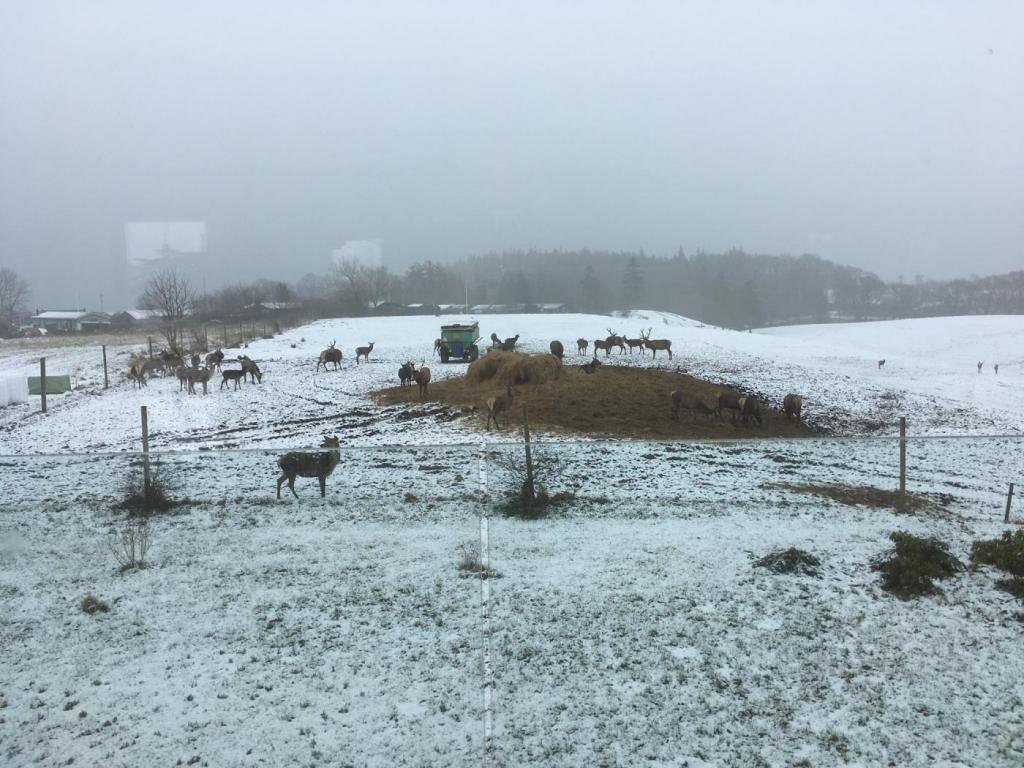 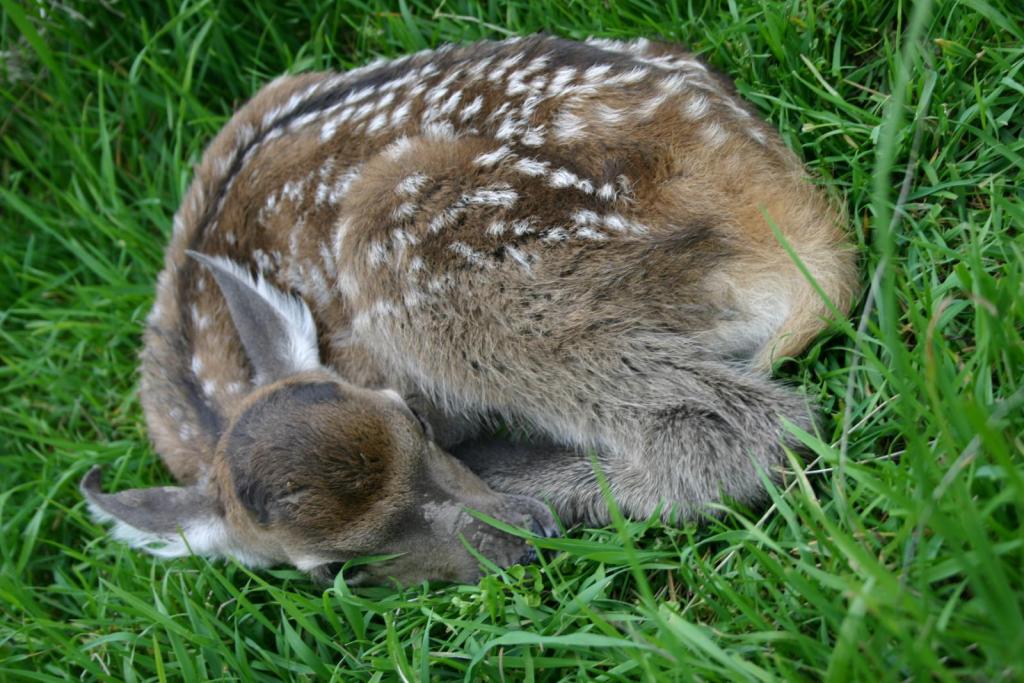 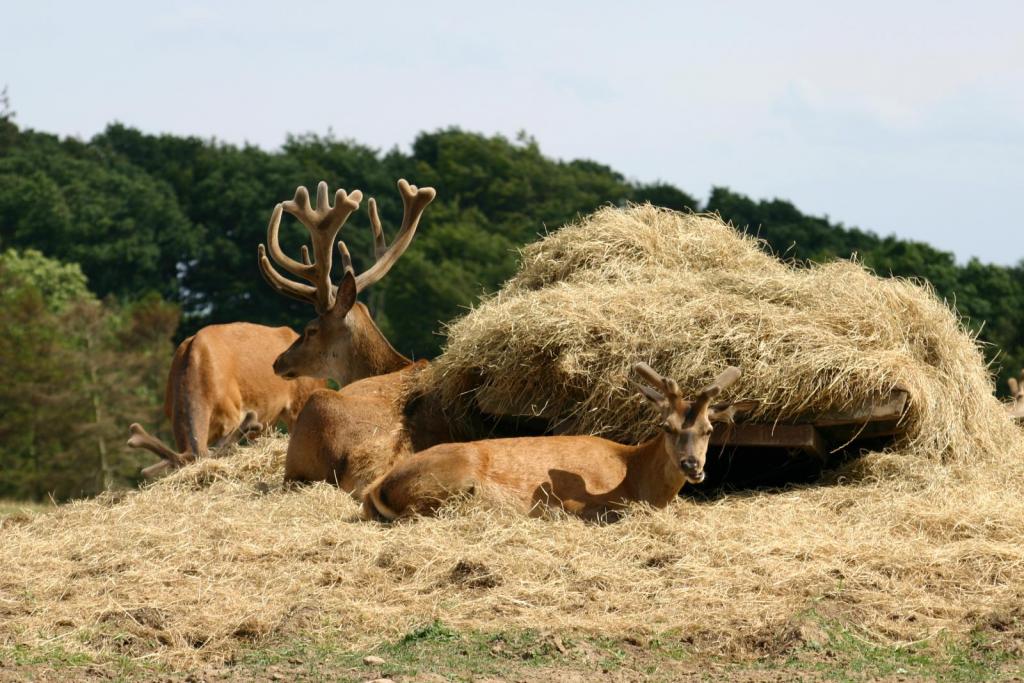 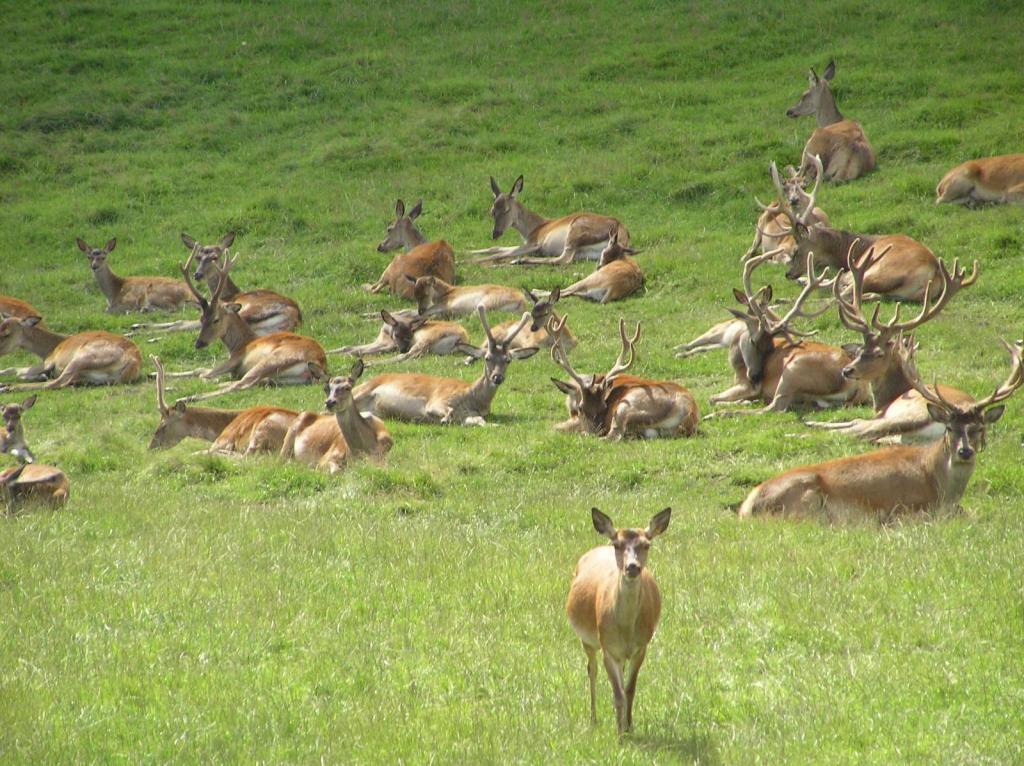 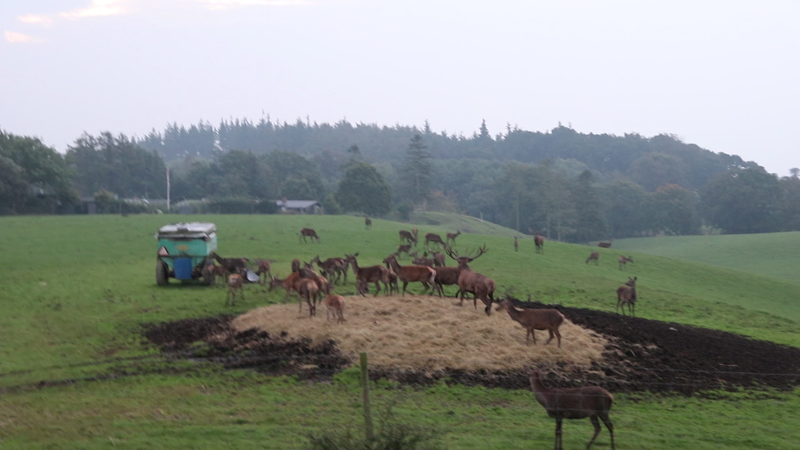 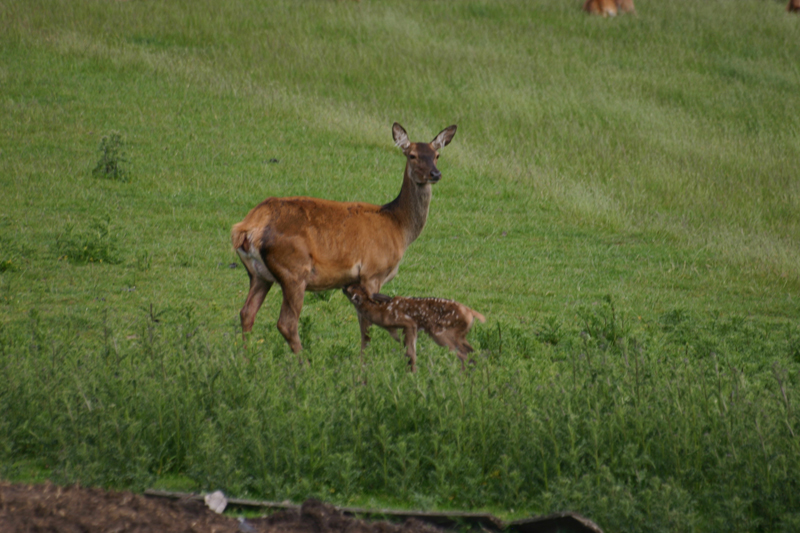 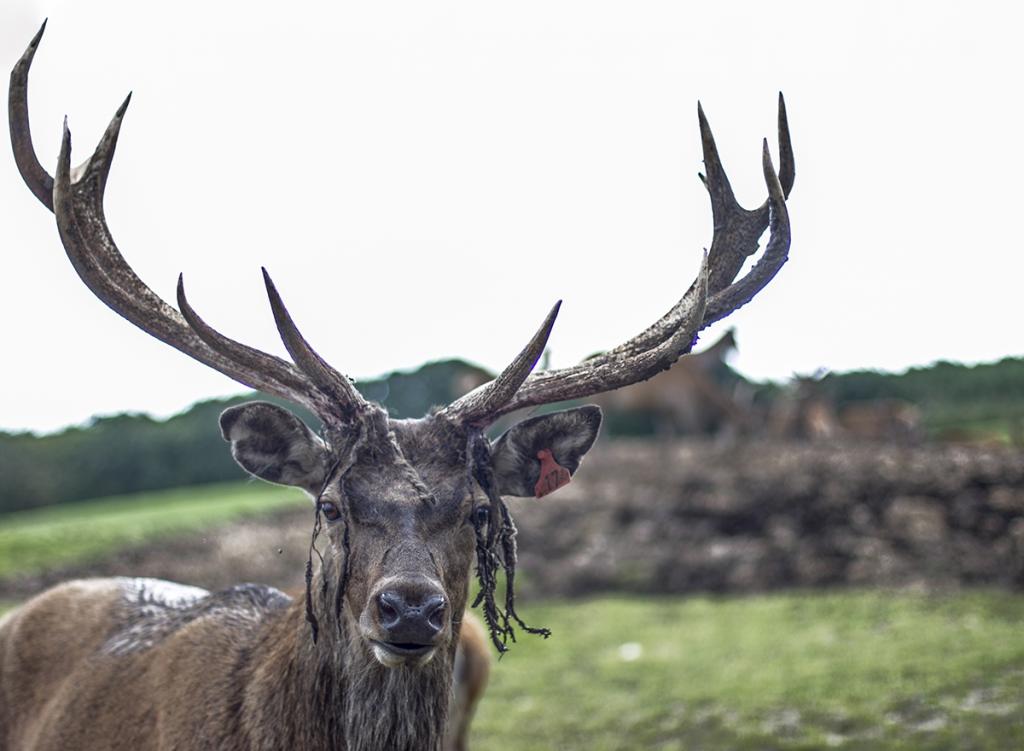 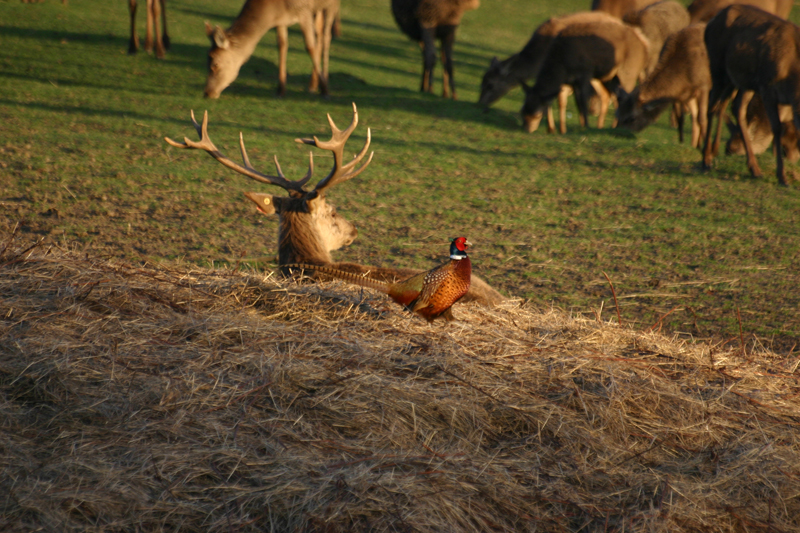 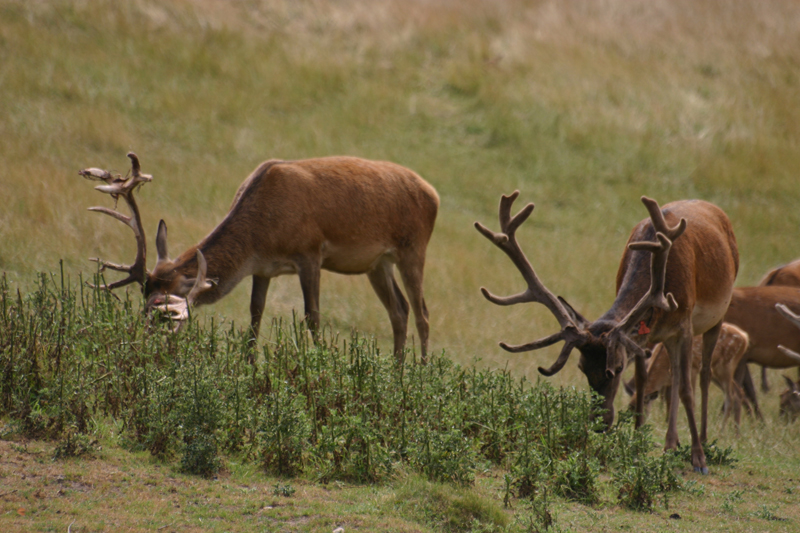 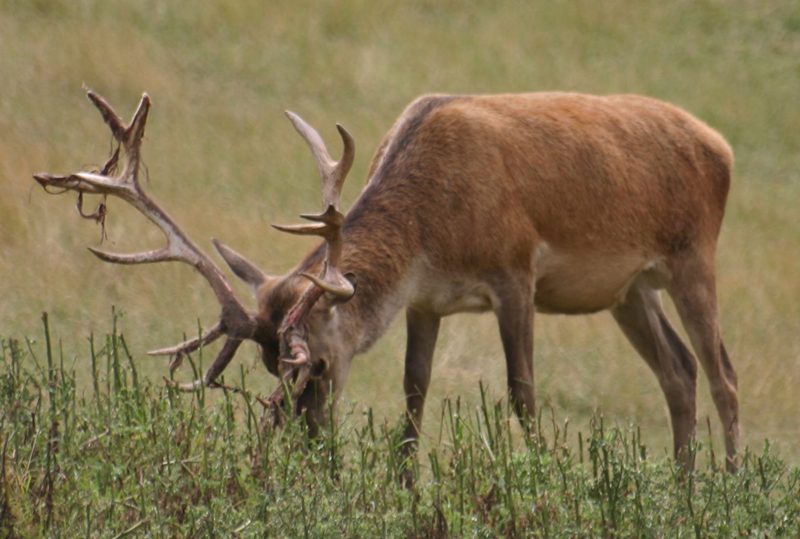 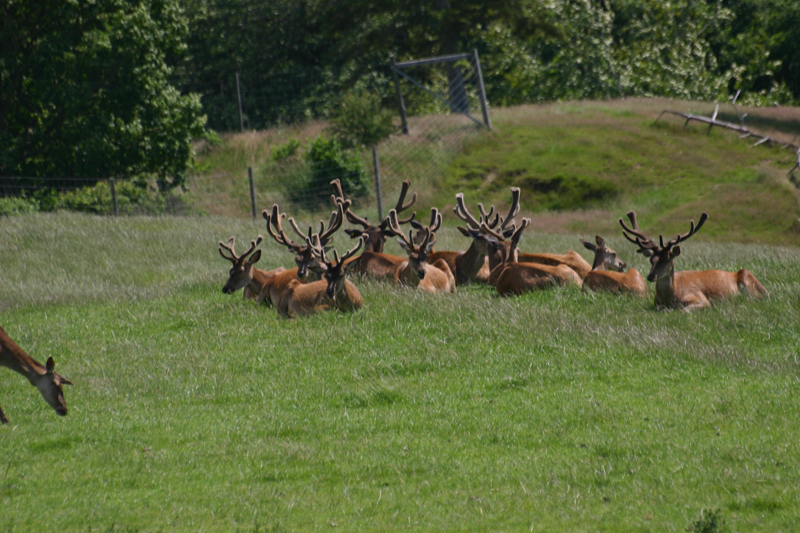 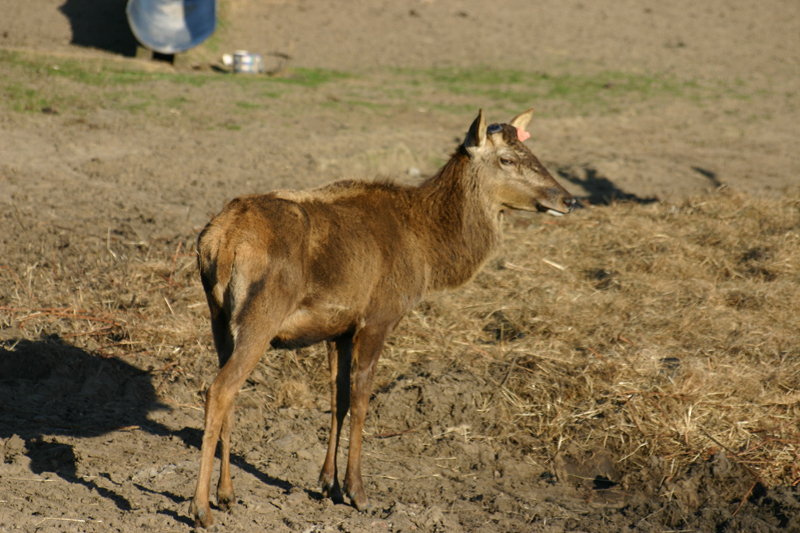 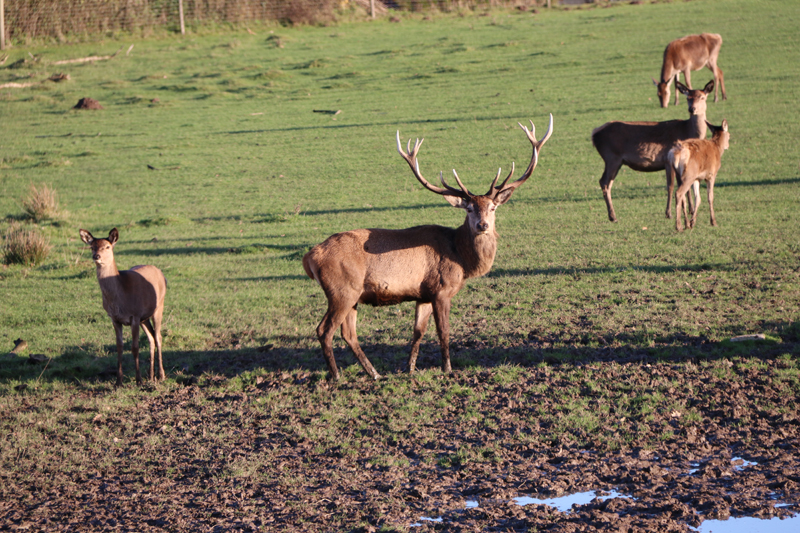 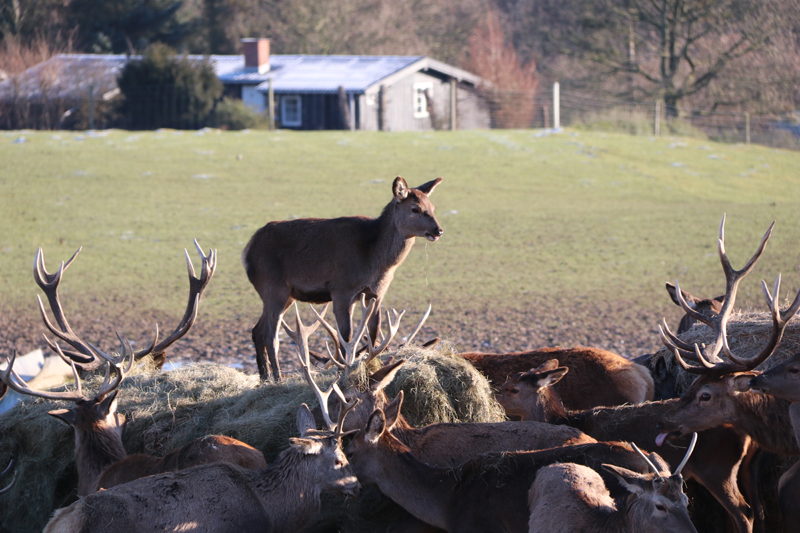 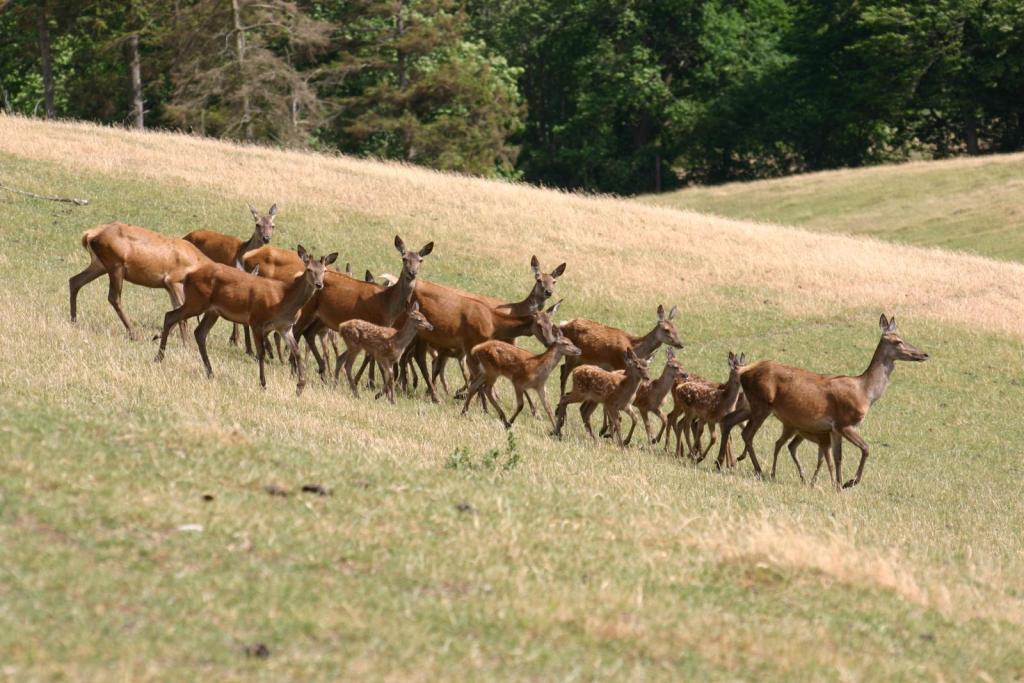 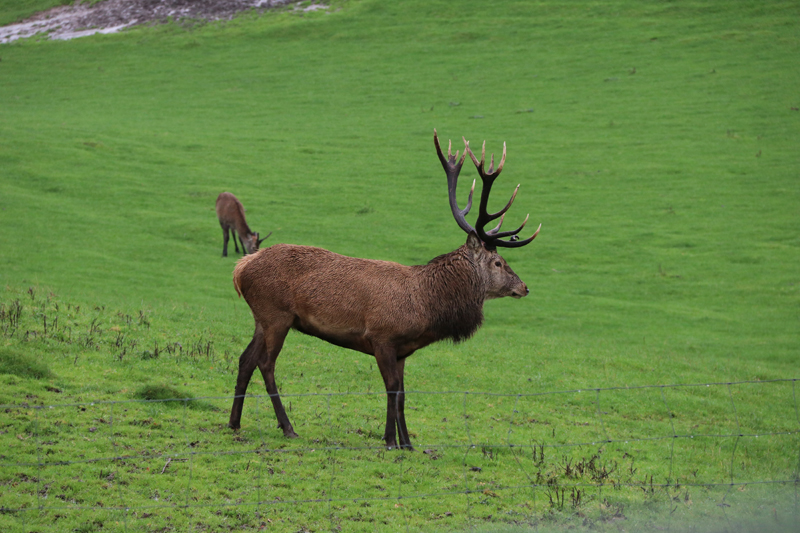 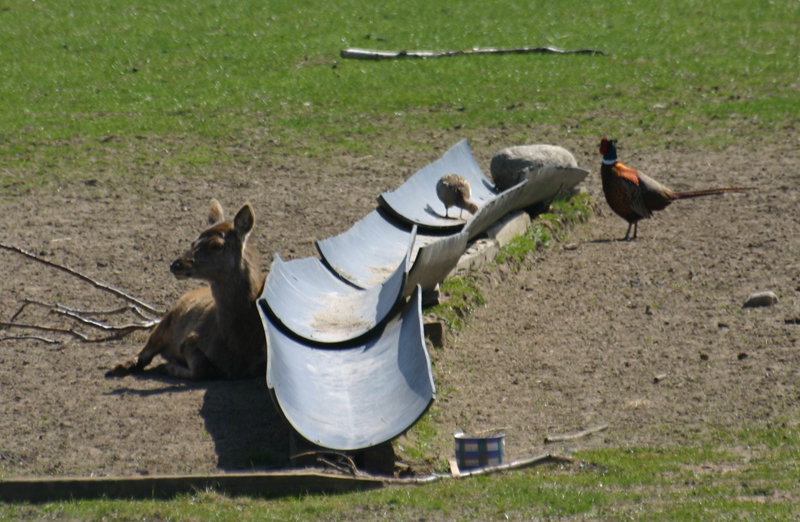 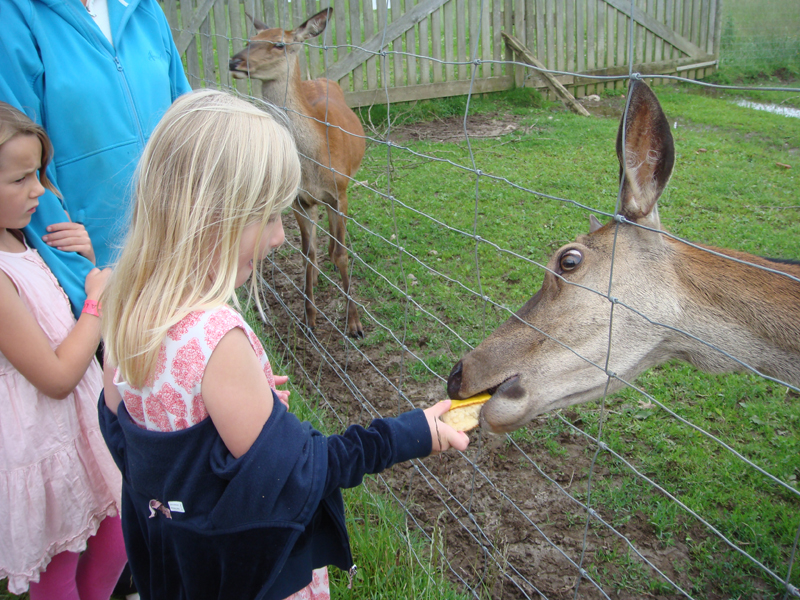 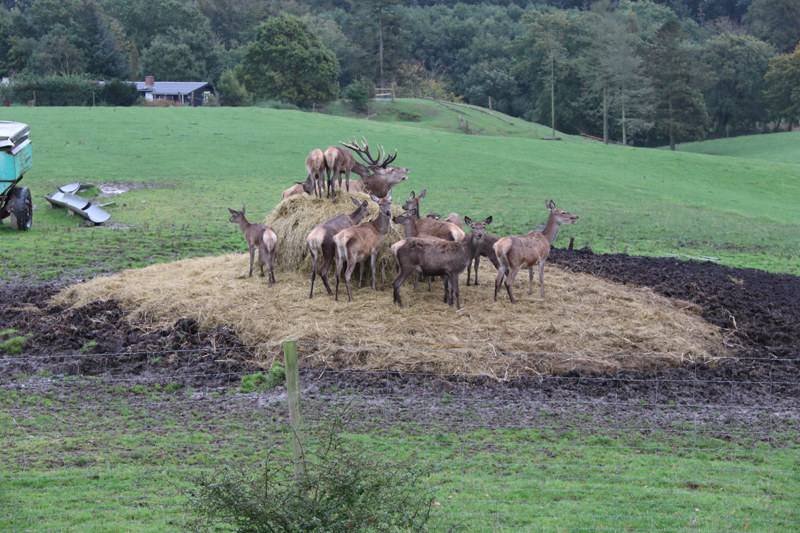 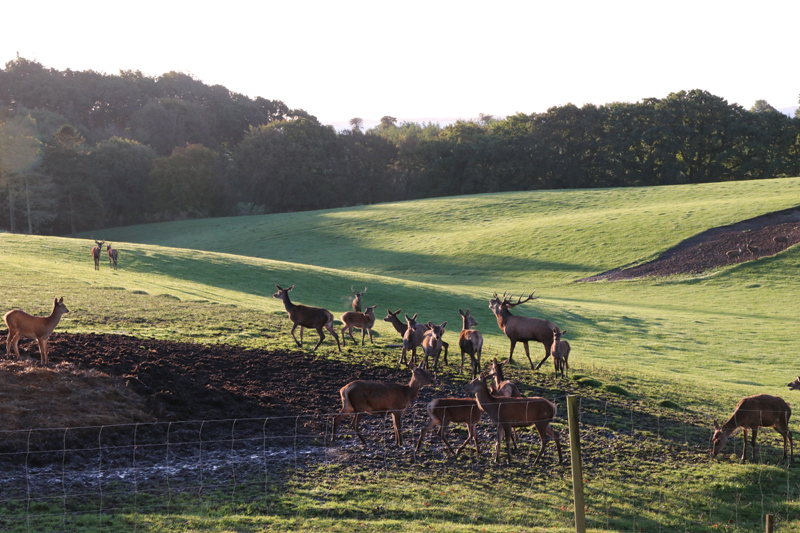 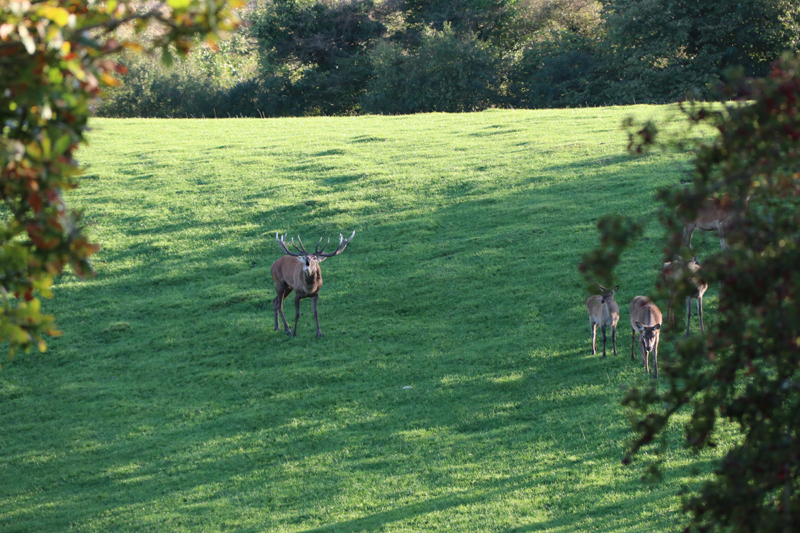 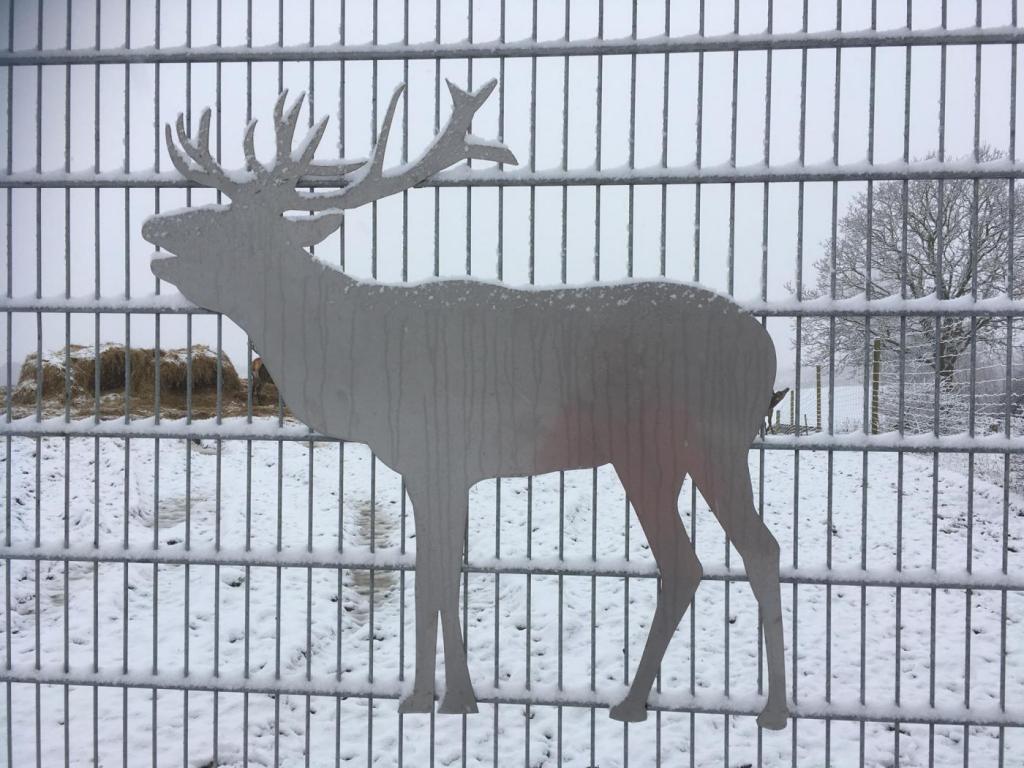